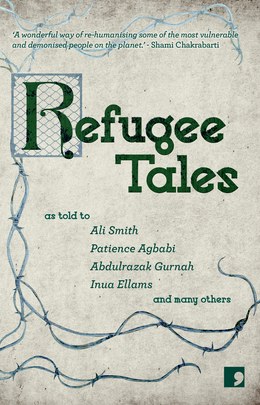 Giving voice to the Syrian refugee crisis, Christy Lefteri’s experience as a volunteer at a UNICEF-supported refugee centre in Athens informs ‘The Beekeeper of Aleppo’. She is in conversation with David Herd, coordinator of ‘Refugee Tales’ – an ongoing project that calls to end indefinite immigration detention – poets, novelists and writers have collaborated with people who have experienced detention, their tales appearing alongside first-hand accounts by people who themselves have been detained. All profits from ‘Refugee Tales’ go to Kent Refugee Help and Gatwick Detainees Welfare Group. Host Janice Lowe, chairperson of Faversham & Villages Refugee Group. Proceeds from this event will be donated to Faversham & Villages Refugee Group.

Christy Lefteri is the child of Cypriot refugees. She is a lecturer in creative writing at Brunel University and author of ‘A Watermelon, a Fish and a Bible’.

David Herd is a poet, critic and Professor of Modern Literature at University of Kent, whose work focuses on the intersection of literature and human rights.

Liked it? Take a second to support Stephen on Patreon!

This site uses Akismet to reduce spam. Learn how your comment data is processed.